Feeling the Homecoming Blues? Get Ready for Round 2 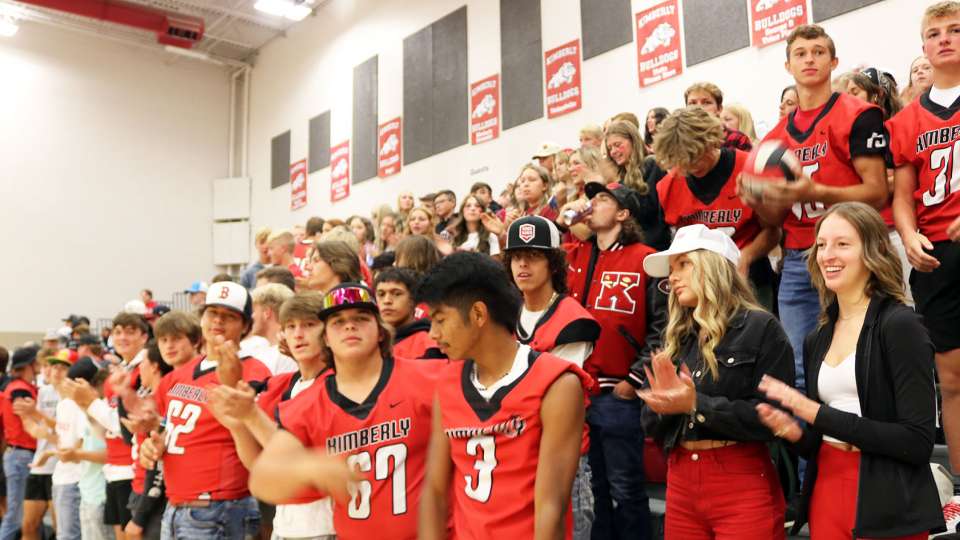 It has been a great season for our Kimberly Bulldogs so far. Last week, the Bulldogs were preparing for their homecoming game against the Fruitland Grizzlies. It was scheduled for Friday, Sept. 9, but it never materialized.

With the main Homecoming festivities canceled thanks to poor air quality, Kimberly High School will hold a second Homecoming week Sept. 26-Oct. 1, with conference foe Filer coming to town that Friday. The week will include dress-up days, a parade, the football game, and a dance.

After Kimberly’s homecoming festivities, such as the parade were canceled due to high air quality index (AQI), fans were eager to come watch the football team hopefully beat the Grizzlies and celebrate the win by dancing the following night.

Fans filed into the stands, hoping the air quality would go down and they would be able to watch some football. After waiting about an hour for the high AQI to subside with no results, they were ordered back out of the bleachers. The game was postponed and rescheduled for the following night, this time to be played in Fruitland where, hopefully, the AQI would be low enough to play. For most at Kimberly High, it didn’t feel like a true homecoming week. First, the parade had been canceled, now the football game was during the homecoming dance so many were looking forward to. None of the players were able to attend the dance with their dates, so attendance was down.

Going into their homecoming game undefeated, the Bulldogs were confident they would bring home a win. Senior Anthony Morquecho claimed that the Grizzlies were not on their A-Game. Morquecho suffered a shoulder injury this game going head-to-head with another player on the Fruitland team.

He stated, “It was worth the injury in the end to come home with a win.”

The Bulldogs’ confidence paid off as they “smoked the grizzly pack” and beat the Fruitland Grizzlies 34-27. This set the Bulldogs in the number five spot in the state for 3A high schools, according to maxpreps.com.